Experience The Exceptional Nature of Rajasthan With Rajasthan Tour Packages 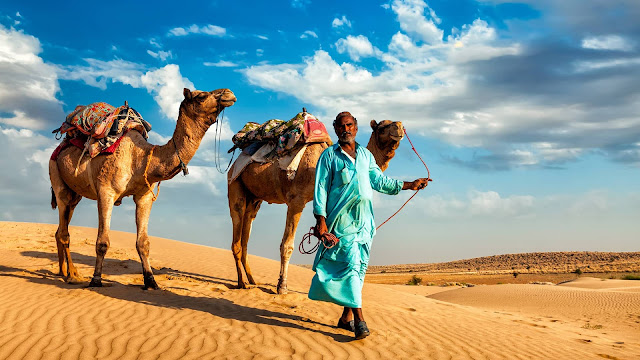 The regal state of Rajasthan is located in the northwestern region of India. A desert state bordering the Thar Desert it has been famed for its unique blend of history, art, and architectural grandeur. A hypnotizing land drenched in ancient folklore and myths it is full of beautiful havelis and huge forts you can find during Rajasthan jewels tour packages. If you wish to be witness to the captivating history of the subcontinent, there is no place like Rajasthan.

Jaipur – The capital of the state is filled to the brim with foreign and Indian tourists year round. It has many mesmerizing places to visit such as Amer Fort, Hawa Mahal, and Jaigarh Fort. Sightseeing in Jaipur will captivate any visitor and stop them in their tracks. Immerse yourself in its grand history and relive the splendor of the centuries gone by.

Jodhpur – Often referred to as “Gateway to Thar” it is one of the most significant as well as enchanting places in the state. Also called The Blue City because many of its homes are painted blue it presents a strange spectacle when seen from the top of an adjoining hill – a sea of blue amidst the unforgiving desert and shrublands. The chief attraction of Jodhpur is Mehrangarh Fort established by its erstwhile rulers. The Umaid Bhavan Palace built by Maharaja Umaid Singh in 1944 was the last grand palace to be made. It now serves as a hotel you can stay at with Rajasthan heritage tour packages.

Jaisalmer - Jaisalmer is known as a Golden city and was built by Maharaja Rawal Jaisal. The famous landmark of this beautiful city is the Jaisalmer Fort also known as Golden Fort or Sonar Quila, on the other hand, Gadisar Lake at the entrance to the town is a place of serene beauty which should not be missed. Jaisalmer is famous for desert trips using SUVs. Make it a point to visit Patwon Ki Haveli a massive Rajput home in the traditional style made of five smaller villas. Built by a banker, it took over 50 years and three generations to complete.

Ajmer – The city is known for its Dargah to the revered Saint Chisti. Although mainly a Muslim shrine it is nevertheless visited by people of all religions. The famed Buland Darwaza guards the resting place of Sufi saint Khwaja Moin-Ud-Din Chishti. From Ajmer, it is a short distance to Pushkar Lake which is well known for its Temple to Lord Brahma said to be the only one in India. Ajmer is also home to Akbar’s Palace and Mayo College.

Udaipur – Known as the City of Lakes it is one of the most tranquil locations you could lay your eyes on when you visit with Rajasthan heritage tours by Mhara Rajasthan. A reputed tourist destination it is filled with tourists at all times. The famous Lake Palace middle of Lake Pichola is stunning in its beauty.

If anyone wishes to experience the subcontinent, there is no place like Rajasthan. The ethereal beauty of the region and the charming demeanor of the people make it somewhere you will want to go back to again and again. A melting pot of many cultures it has something to offer to everyone.

For more information please visit on our website - http://www.mhararajasthan.com

Rajasthan tourism focuses mainly on the grand forts and palaces. What is not mentioned, however, is that it is home to many shrines. It is a place where Hinduism has flourished down the ages, and due to this, there are many temples and holy places to visit with religious tours in Rajasthan organized by Mhara Rajasthan . Eklingji Temple – Among the best religious places in Rajasthan , it is situated about 18 km north of Udaipur. The deity here was considered the supreme ruler of Mewar and the kings thought of themselves as his minister or representative. Eklingji attracts many thousands of visitors throughout the year. It was founded by Acharya Vishwaroopa in 12th the century at about the same time as Adi Shankar. The temple spreads across 2500 square feet and rises to a height of 70 feet. There is a massive boundary wall that runs all around it. The main entrance to the west has ornate pillars. The presiding deities are Ganesh, Parvati, and Ganga. The same complex also hou
Read more 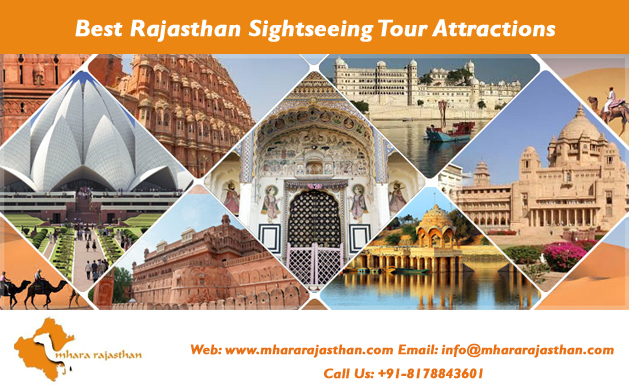